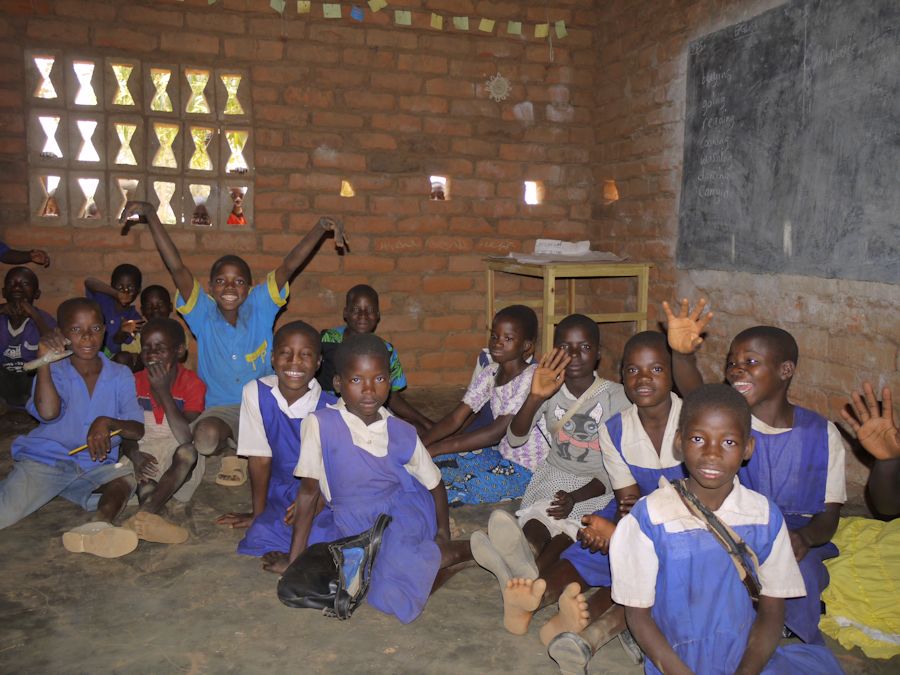 April sees the start of the new school term running through to end of June.

ECRAD has been running primary education since 2005. Zioya Primary School, which sits on the ECRAD site, currently has a role of 718 pupils, with ages ranging from 6 to 18 – working with basic facilities of a chalk board and paper and pencils.

Moving on to Secondary School is a challenge. Pupils need to be selected to move onto Secondary education.  Those not selected will need to repeat “Standard 8” in primary school, until they are selected.  However many will drop out and not continue their education.

ECRAD supports as many pupils as possible in Secondary education and pays the fees for 32 orphans which are £90 per year per child.

ECRAD believes this to be a great gift of long term benefit to improve the future prospects of the children and the next generation.
However ECRAD cannot support every child which could attend Secondary School.

ECRAD has recently started a Secondary School on site with just a small number of pupils and teachers. Classes are currently being held in a wooden building which was built to support the Pastors Conference in 2014. It is hoped that this school will remove the barriers of Selection and Fees and make continued education accessible to as many as possible.

Here are just a few of the orphans currently support in Secondary education by ECRAD.

Elson Mangani (18 years old) attends Madzanje Community Day Secondary School and he is in Form one.

Linda Eliasi (17 years old) also is in form one at Madzanje Community Day Secondary School. Again, she lost parents because of HIV/ AIDS.

Maggie Lester, 16 years old and in form one at Madzanje Community Day Secondary School. She too lost both parents to HIV/AIDS.

Small beginnings but hopefully preparing for a bright future.